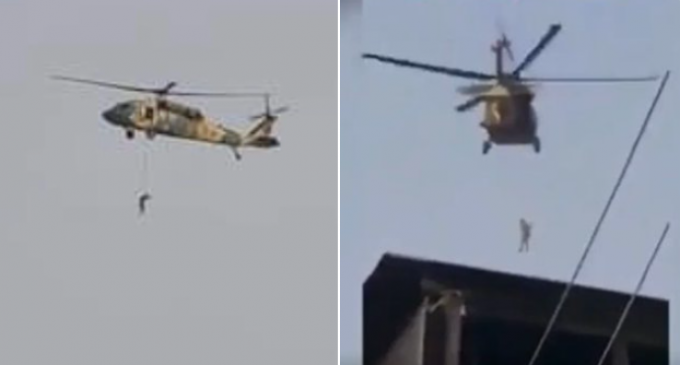 A video that made the rounds on social media last week appeared to show the Taliban taking a U.S.-made UH-60 Black Hawk helicopter for a little joyride, but unable to actually take off.

“Reportedly a #Taliban captured #Afghanistan Air Force UH-60 Blackhawk at Kandahar. Important to note it is only shown taxiing not flying,” Joseph Dempsey, a research associate for defense and military analysis at the International Institute for Strategic Studies, said on Twitter Wednesday.

Well, China must have handed them the owner's manual because it appears they learned how to fly our Blackhawks very quickly – using it to carry out an execution.

With billion dollars worth of weapons and gear essentially gifted to the Taliban, this is just the opening act.

Taliban hanging someone from a helicopter in Kandahar pic.twitter.com/TwCkVzUrnL