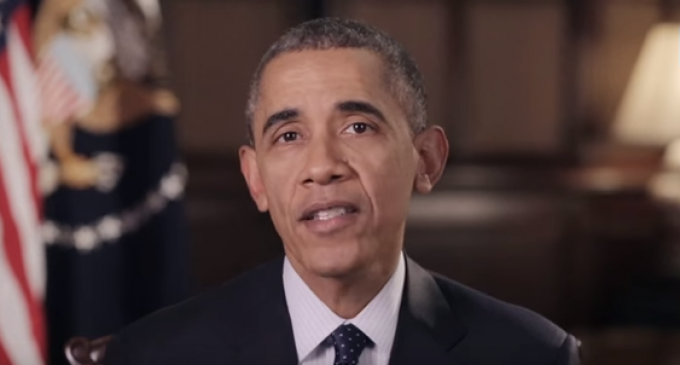 President Barack Obama addressed the nation regarding the threat to Americans from Islamic terrorism and ISIS, and it ended up being nothing more than finger shaking and empty suggestions that we are actually doing something to take on the terrorists.

Obama is being pushed into a corner because his claims of the military being successful and having ISIS on the run or contained were dramatically shown to be a lie when Paris was hit by an attack that killed 130, followed by a Muslim husband and wife in San Bernardino, California attacking his coworkers while they attended a holiday party. Fourteen of his coworkers were murdered, and Obama was forced to admit that his reassuring picture of terrorism contained was a farce.

When Russia took to the skies to bomb oil convoys that ISIS was making to Turkey, once again it showed that the U.S. bombing sorties had either been woefully ineffective, or that they were intentionally limited. How it was possible for U.S. spy satellites to miss the hundred truck convoys moving through open territory in Syria is anyone's guess.

In this most recent video, Obama advises us that he is busy, yes, really busy, meeting with the Pentagon, then with the Counter Terrorism group, and that they are going to hunt down ISIS and make sure they know who is boss! It is bombast, but without substance, and it is impossible to believe given Obama's impotence in the run up to current situation.

But his primary message is about American citizens, and it is a finger wagging extravaganza!

See Obama's video message on why ISIS is growing, page 2