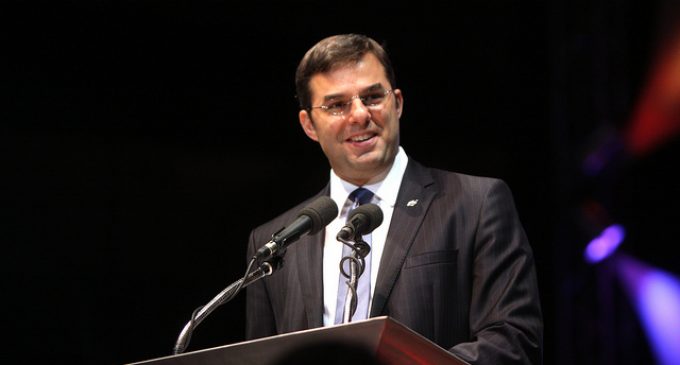 President Obama has set the nation on a dangerous path and it is up to Congress to correct that path, according to Rep. Justin Amash (R – Michigan).


It is the job of Congress to “step up and take charge and point out when the President is going beyond his constitutional powers,” said Amash during an exclusive interview with The Daily Caller. He described the direction that the country is going is “scary” and accused President Obama of “setting the stage for some thing very dangerous in the future.”

“I think it’s scary the direction the government is going, regardless of whether you have a Republican President or a Democratic President,” Amash said. “We have an executive branch that is getting way too powerful, and President Obama is setting the stage for something very dangerous in the future.”

“I think as a Congress we have to step up and point out when the President is going beyond his constitutional powers, which is frequent, and we have got to do something about it and we haven’t done that as a Congress,” he said.

With the President's approval rating only slightly better than that of Congress, it is clear that the country wants and needs proper guidance from somebody it trusts.