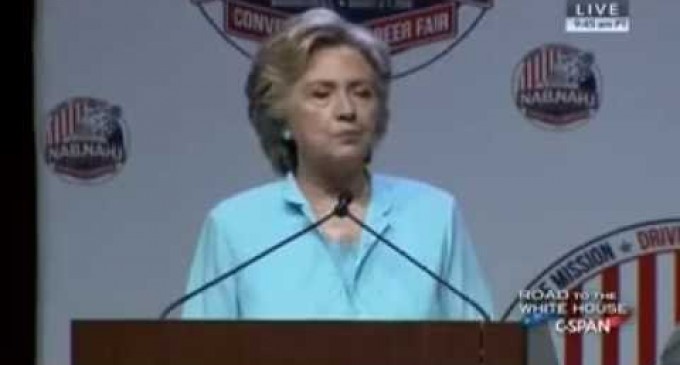 Hillary Clinton can't seem to remember who her husband is.

She may be married to a former President of the United States, but it seems as if Bill Clinton is the furthest thing from Hillary's mind now that she's running to be president herself. Instead, the only man she seems to be focused on is Donald Trump.

That might be why she nearly referred to the GOP nominee as her “husband” before quickly correcting herself with the much more appropriate “opponent” during a campaign event aired on C-SPAN.

Then again, given the state of Hillary's marriage to Bill Clinton, maybe that isn't surprising. Through the cheating, the lying, and the general lack of chemistry, it's become apparent to many that their marriage is a product of a desire for power, not a long-lasting commitment of love.

See Hillary Clinton make the embarrassing flub in the video on the next page: