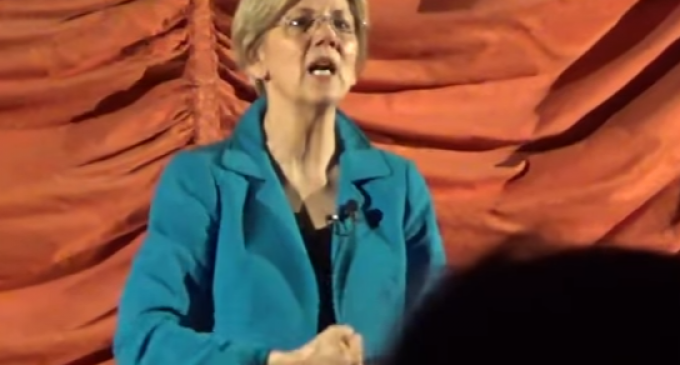 During last year's presidential campaign, Democrats spent months accusing Donald Trump of inciting violence. Now, after a shellacking at the hands of the Republicans, the left have decided that inciting violence is actually okay — as long as it is against the right.

Of course, the left were the violent ones all along in 2016. While many Trump rallies turned into riots, anti-Trump protesters were almost always the root of the chaos. But that never mattered to the politicians on the left. They blamed the violence on Trump — even though the protests were against the candidate, not for him.

One of the biggest perpetrators of this false narrative was Elizabeth Warren. On any given night, she could be seen on national television accusing Trump's supporters of the violence that was being waged against them.

But that was when Democrats were still in power. Now that they're powerless, Warren is singing a different tune. She's no longer calling for an end to violence — she's promoting it.

Watch her promote violence against Republicans in the video on the next page: