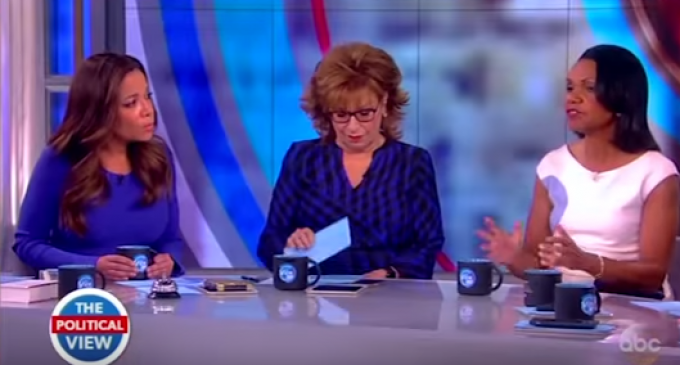 Condoleezza Rice may be no fan of Donald Trump — but she’s not willing to let the ladies of The View claim that the Russians are responsible for his election.

It’s easy to assume that Rice, the secretary of state under Geroge W. Bush, would rush to the defense of the Republican president, but doing so would ignore her own complicated past with Trump. Last October, Rice suggested that she could not support Trump during the election.

“Enough! Donald Trump should not be President. He should withdraw,” Rice said on Twitter. “As a Republican, I hope to support someone who has the dignity and stature to run for the highest office in the greatest democracy on earth.”

So she’s not exactly a fan, then.

But Rice isn’t letting her personal objections to Trump sway her opinions about the legitimacy of his election. When the ladies of The View tried to call into question Trump’s win, Rice quickly and effectively shut them down.

Watch on the next page: