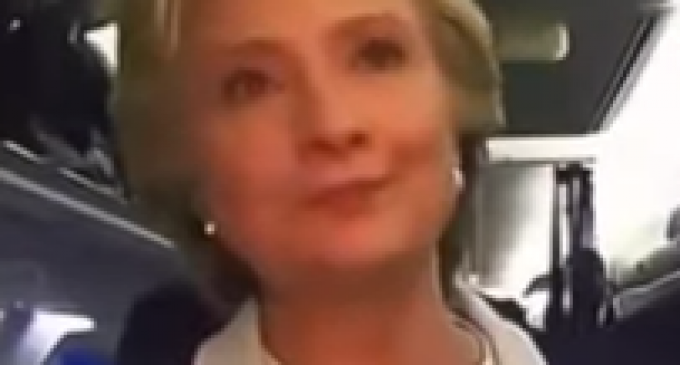 The stress of campaigning must be getting to Hillary (well, that or her anxiety about being exposed as the criminal that she is) because yet another video that raises questions about her health has surfaced.

Most people agree that Sunday's debate was nothing short of a disaster for the former Secretary of State, with Donald Trump hammering her on any number of topics. Of course, Hillary herself didn't admit this, trying to play it off like she was the victor to impressionable reporters.

During one of her post-debate interviews however, something very bizarre happened. After responding to a question, Clinton listened quietly as a journalist proceeded to ask her another regarding President Obama. It appeared to be an ordinary exchange when all of a sudden Hillary started to blink rapidly as her head started to jerk around. She quickly regained her composure and started to answer the reporter's question, but not before her neck appeared to pulse quite noticeably.

Watch Hillary's post-debate seizure on the next page: