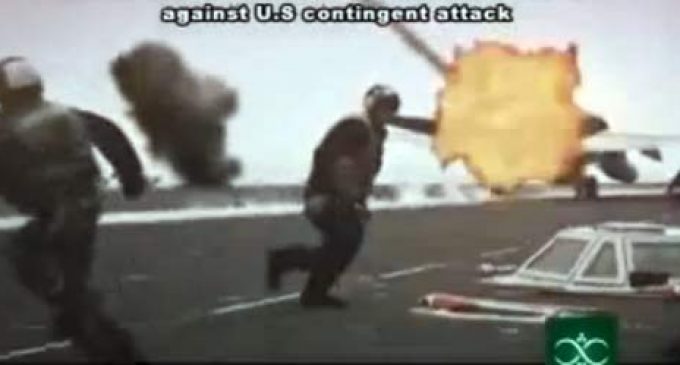 Iran's state-run media is in full swing, encouraging the Iranian population and offending its enemies with propaganda in the form of a documentary showing the simulated bombing of the U.S.S. Abraham Lincoln, Ben Gurion International Airport in Israel, and destroying U.S. targets in the Persian Gulf. The documentary reported the boasts of Iranian leaders to strike out if the were attacked or even felt threatened.