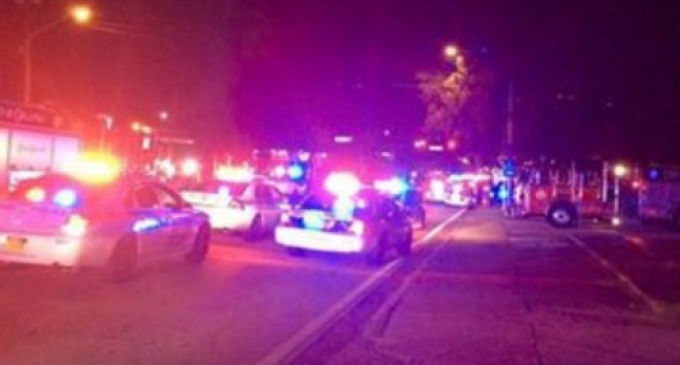 Chilling footage has emerged of Orlando SWAT team members engaging and killing shooter Omar Mateen after his bloody rampage at the Pulse nightclub.

The video, caught by a bystander who lived across from the club, was recorded from the camera owner's balcony. Although the final confrontation between law enforcement and Mateen itself isn't seen due to the low level of light, one can clearly hear the two parties exchange heavy fire and see the lights of emergency response vehicles eerily flashing in the dark.

Although some might wish they could have actually seen Mateen's final moments before SWAT neutralized him, perhaps it's a good thing that we cannot. With it established that he pledged allegiance to ISIS before his killing spree, the group may very well have used such footage in it's twisted propaganda to portray the murderer as one of it's so-called “martyrs,” an opportunity it has thankfully been denied.