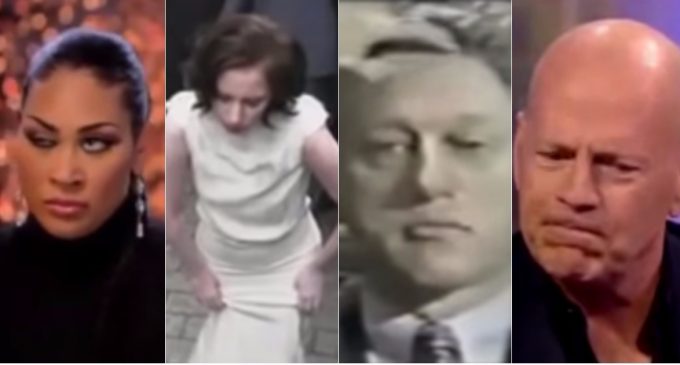 We have all seen the on-air meltdowns, the breakdowns, and the losing-it moments of the well-known and the rich.  It's not really as uncommon as we think and, more often than not, the reasons behind these crazy moments are usually explainable.

However, there are some who believe that the explainable moments are literally all tied together, that they are occurring because of a commonality or a link between all of these strange behaviors and odd ticks that appear to afflict those while the cameras are running.

A YouTube video has captured a montage of events that run from the ultra-famous, like Hillary Clinton, all the way down to NBA players and reality TV stars.  In the collection, you'll see the very bizarre moments that marred otherwise seemingly normal, everyday interviews or appearances.

The commonality being inferred however is that all of these instances are the modern equivalent of mind control and those afflicted are the victims of such behavior!

Turn to the next page to see this strange video and see if you agree that people are being controlled through mind influences!