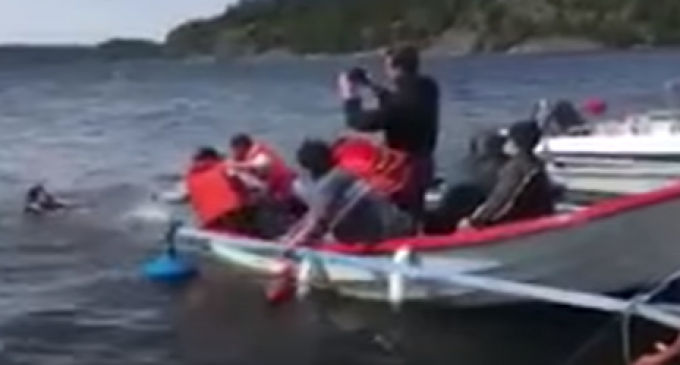 One of the great tragedies that often befall refugees happens while they are making their journey to what they hope to be their new home, or at least temporary sanctuary. Those making the trek on land can suffer violence at the hand of criminals as well as starvation or other calamities.

Those who try to make their journey via the sea faces those perils as well as the possibility of drowning. In fact, thousands tragically do drown each year in such attempts.

However technology has made it possible for “fake news” to be created by most anyone with some reasonable camera gear and the personnel to stage the hoax. This only adds to the problem of discerning what is true and what is contrived.

When a video is dumped on YouTube it might be very real, as we've seen citizens capture astonishing events and make the video and audio available to all. Then there are the hoaxes, some of which might be deliberately planted to push an agenda.

We've got a sample for you to view on page two.