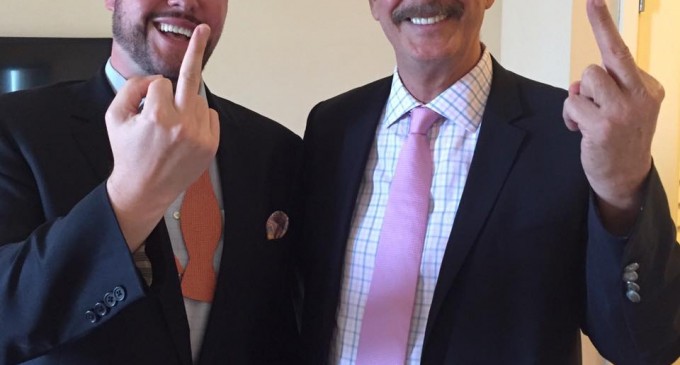 “Sly as a fox” is a term that has been around for hundreds of years, yet Vicente Fox brings new meaning to the phrase.

Just last week, ex-Mexican President Vicente Fox apologized to Trump for his “vulgar language he has used regarding GOP front-runner Donald Trump’s proposal to build a wall along the southern border and invited the likely Republican nominee to Mexico to see the border from the other side,” reported Truth and Action.

Yet, in a Kickass Politics podcast, he said, “He is the ugly American.  He is the hated gringo because he’s attacking all of us. He’s offending all of us.”

Vicente is attempting to be as crafty and cunning as the fox in Aesop's Fables.  Ironically, Zorro is the Spanish word for fox and is much like the character 1920's Zorro who delighted in publically humiliating public figures.

Now that Trump is the GOP candidate for President, former Mexican President Vicente Fox is making amends, sidling up to him and inviting him to Mexico.  His former f-bomb laced speech is now an apology, a mending of borders if you will, in the realization that Mexico must play nice with Trump, reported Truth and Action.

However, which Fox will you believe?  The one offering apologies or the one standing with Ben Mathis giving Trump the bird?