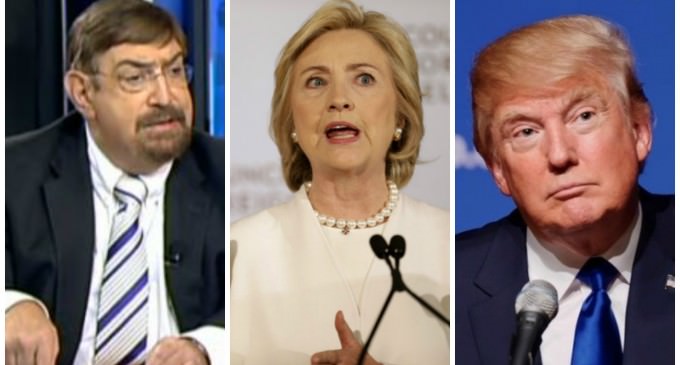 Pat Caddell is a Democrat pollster, and a very smart guy. Many of his positions are socially conservative in nature, and there is no love lost between Cadell and Hillary Clinton.

In a recent address to a predominantly Republican group in South Carolina, he discussed why he thinks that she will not win the presidency in 2016, and the many issues facing American society, which he suggests are increasing the likelihood of a broadbased revolt against both political parties that he sees as corrupt and serving only the political and big money classes.

His polls point to deep dissatisfaction among Republicans who have given their leadership control of the House and Senate, only to see them surrender to Obama and the Democrats with nary a fight, and to give away whatever advantage they might have had from that electoral benefit.

Although Caddell is obviously not a fan of Donald Trump, he suggests that support for Trump is completely understandable since he is not a politician, nor is he operating as one.

Insurrection could be coming, page 2