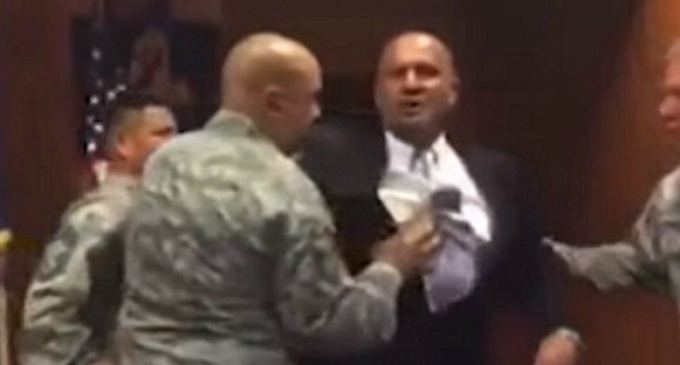 There is a religious war going on in the U.S., but not the one Obama would have you believe it is. The war is against Christianity, and the government under Obama is doing everything it can to root out expressions of Christian faith and the free exercise of religion. One of the ways Obama has done this is to demand that Christianity have no place in government service or locations, including such petty demands as insisting that government workers refrain from wishing one another Merry Christmas, or putting up traditional items in offices such as Christmas trees.

Another is to stamp out any and all Christian religious expression in the military, which is causing a decline in the number of young people willing to serve who see their beliefs and traditions attacked and belittled. Now a 33-year air force veteran has been humiliated and his rights violated due to his religious expression, and he is pushing back.