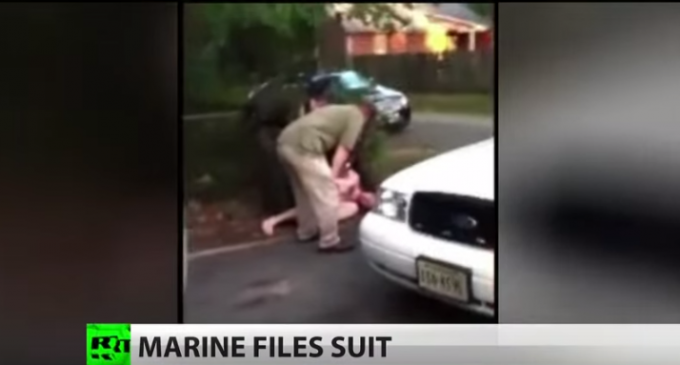 26-year-old Brandon Raub, a decorated U.S. veteran who has served tours in Iraq and Afghanistan, was arrested on Aug. 16, 2012 by local police, Secret Service and FBI agents for posts he made on Facebook.

No charges were actually levied against Raub, yet he was arrested and eventually involuntarily thrown into a mental hospital for making his anti-government, anti-Obama posts on social media.

Coming to the veteran's aid was attorneys from the Rutherford Institute, who challenged the government’s actions as a violation of Raub’s First and Fourth Amendment rights…