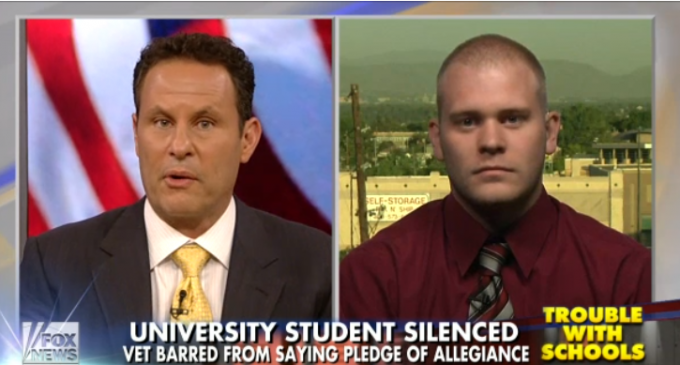 Cory Schroeder, Army veteran and undergraduate student at the University of Wyoming, wanted to start school meetings with the Pledge Of Allegiance, but was told he couldn't as it might be offensive to the international students.

Yes, the University of Wyoming is still located inside the United States.

An Army veteran attending University of Wyoming was told that as a senator in its student government he should not say the Pledge of Allegiance before meetings. The reason: It might offend international students.

“Multiple senators sat me down and said it was a ‘very touchy subject’ and ‘we don’t want to offend anybody,’” former Army Staff Sgt. Cory Schroeder told the education watchdogCampus Reform Tuesday.

The veteran was told that if he wasn’t happy with the Associated Students of the University of Wyoming (ASUW) government’s decision, he could write a bill to allocate 20 seconds at the be