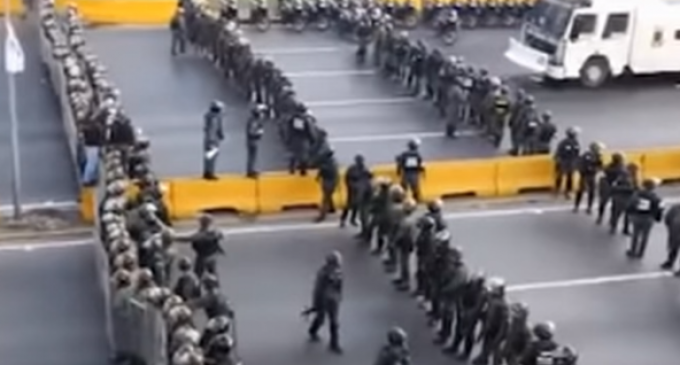 Socialism always starts as a “people's movement,” with mindless and ignorant people being directed by elitist con men in the background, telling the foolish that by bringing down the “rich,” everyone will share in the abundance that socialism will bring. It is always a lie, and invariably almost all the people end up in poverty, with the exception of the top socialist leaders who live like kings. Fidel Castro is certainly one who has lived that life, and his protege, Hugo Chavez destroyed the Venezuelan economy pursuing the same socialist policies.

When the economy comes crashing down, it is necessary for the leadership to blame an outside source, and when Chavez was alive, he continually named the United States for all of the woes the country was suffering from. In fact, the oil rich country provides 9 percent of the U.S. gross oil imports, which must be a considerable sum of export income to the nation of 30 million people. As such, the U.S. provided a huge portion of the countries income, but Chavez resented that as well.

Venezuela has expropriated foreign and domestic businesses, which means that the people have little invested in the country and are becoming very unhappy with the leadership as it nosedives to complete economic ruin.

For more on the Venezuelan “people's paradise,” see page 2: