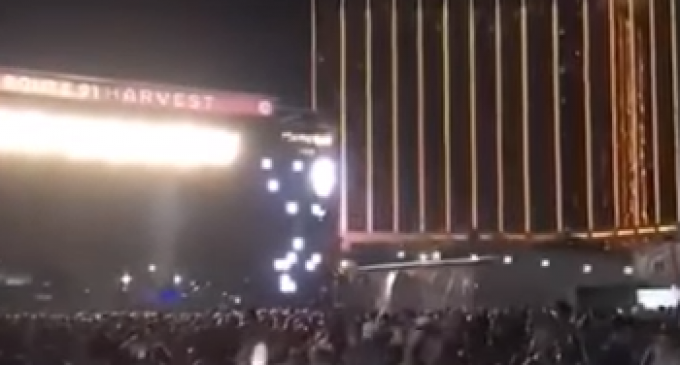 The inconsistencies surrounding this heartbreaking tragedy are numerous. But, one, in particular, begs further analysis. Video footage does not support the official theory that only one gunman masterminded the deadly shooting in Las Vegas.

Cori Langdon, taxi driver and long-term Las Vegas resident was in the taxi lane at Mandalay Bay (the hotel the alleged gunman fired from) when the shooting broke out.

At first, Langdon didn’t know what was going on, but when the shots began, she quickly realized and began filming. What she captured could be considered the most important evidence in regards to the reports of multiple shooters.

This pivotal video footage has been verified for authenticity and offers stunning new confirmation that multiple gunmen were likely present that fateful night. Continue to the next page to view this footage for yourself and learn what really happened. Don’t let the mainstream media fool you.