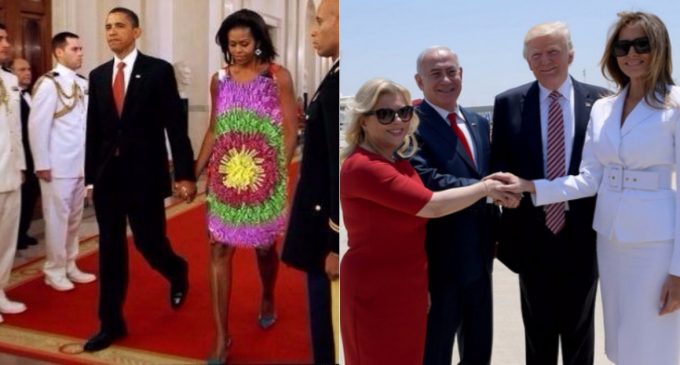 Michelle Obama is the “it” political darling of fashion, alongside her partner, former President Barack Hussein Obama, according to Vanity Fair.

Michelle Obama also seems to be one of those rare women who learn about femininity from her daughters, instead of the other way around.

Take a look at this outfit. Doesn't it look like something she could have pulled out of her teenage daughter's closet 10 sizes smaller?  That is not an insult. Bodies often change over time and Michelle is a mother, it is not insulting to women to point out few retain the figures they held in their teenage years once approaching the second chapters of their lives.

This image is making headlines as the renewed fashion magazine Vanity Fair recently made a surprise announcement concerning the former 1st lady. Barack and Michelle Obama may no longer be living in the White House, but the liberal globalist fashion houses want you to make no mistake, they’re still classier than Melania Trump, and we should all be very sad to no longer have this “radiant” “gorgeous” “fashion forward” “not an angry black woman” representing our country. Head on over to the next page to view this astonishing latest liberal attempt to force the sheep to deny what they can see with their own two eyes and worship at the shrine of the Obamas.