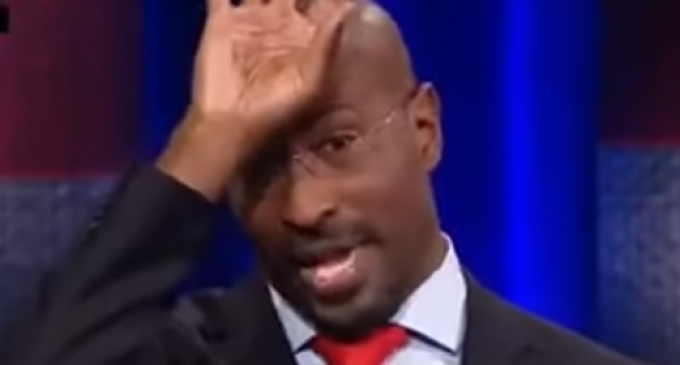 Donald Trump is good at a long of things; he's a magnet for viewers, an incredibly successful businessman, and a surprisingly good politician. But the thing he does best is irritating liberals.

The left lost their minds the second Trump launched his presidential campaign. During his introductory speech, Trump targetted the multitude of crimes committed by illegal immigrants. Despite the fact that his claims were irrefutably true, the left couldn't believe what they were hearing. For once, a candidate was speaking without a politicians' filter — and the public loved it.

Trump has been angering the left with unfortunate truths ever since. Now, as president, Trump is no longer tweeting insults — he's tweeting results. And the left is going even more insane.

But at least some of them are aware of their insanity. Watch Van Jones describe the “insane” liberal phenomenon on the next page: