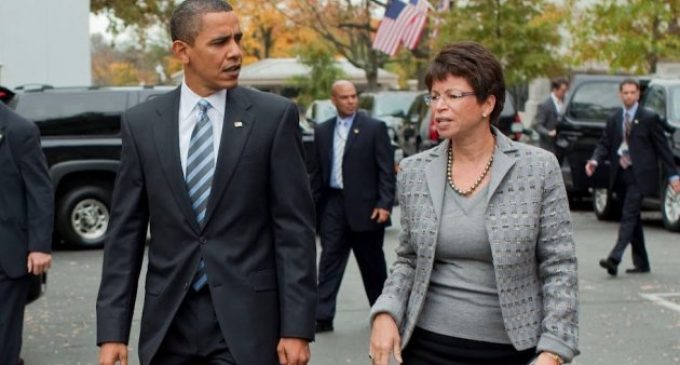 Mr. Obama apparently will take all the help he can get in trying to rehabilitate his legacy. As part of that enormous project, longtime advisor and confidant Valerie Jarrett has moved from the White House into the Obamas' $5.3 million mansion in DC. That's clearly not because she could not find housing elsewhere. The Iranian-born Jarrett was so close to Obama during his presidency, that it has been said he did not make a decision without consulting her first.

As President Trump demolishes one part of Mr. Obama's legacy after another, the former president must be getting increasingly infuriated. His agenda ended with a thud when Mr. Trump took over. And whatever part of Obama's legacy wasn't about to collapse on its own came under attack from President Trump.