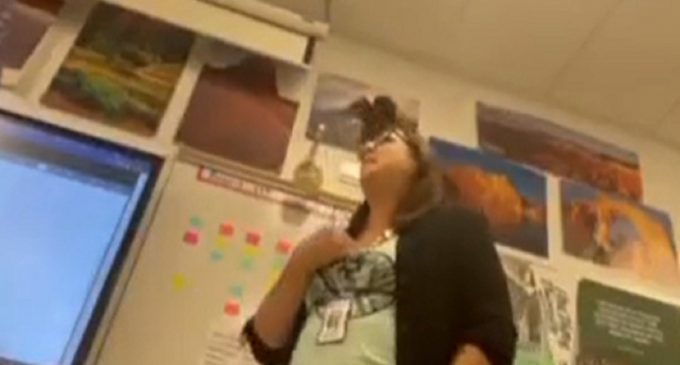 The Alpine School District in Utah says a chemistry teacher no longer works at Lehi High School after an investigation into a video that showed her making controversial and threatening remarks to students during her class.

Teacher Leah Kinyon went on a leftist rant about President Trump, the COVID vaccines and the intelligence of students' parents, among other topics.

“I hate Donald Trump. I'm going to say it. I don't care what y'all think — Trump sucks,” she said. “Don't tattle on me to the freakin' admin; they don't give a crap.” The rant goes on for several minutes.