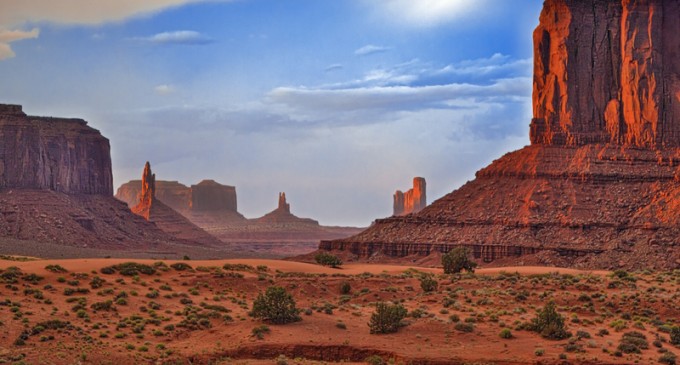 With tensions between ranchers and the federal government at an all time high, one state is considering taking the fight on behalf of it's citizens to Washington D.C.

Inhabited by many of the people who have had their livelihoods threatened or outright destroyed by intrusive government practices, the state of Utah is debating whether to file a lawsuit against the feds in the state legislature. Such a lawsuit would challenge the legitimacy of the federal government's claims to public lands in the state.

Naturally, the proposed case against Washington has sparked controversy amongst proponents of ranchers' rights. Some argue that the costly nature of such a lawsuit – estimated to be $14 million – could end up hurting the state more than it helps, urging caution before they move forward with it.

Others like State Representative Mel Brown, however, say that it is unseemly to talk about people's rights as if they were a matter of dollars and cents. “The cost in my mind shouldn't even be a discussion. It's trivial,” he said, before adding “How can you put price on self-determination and freedom?”