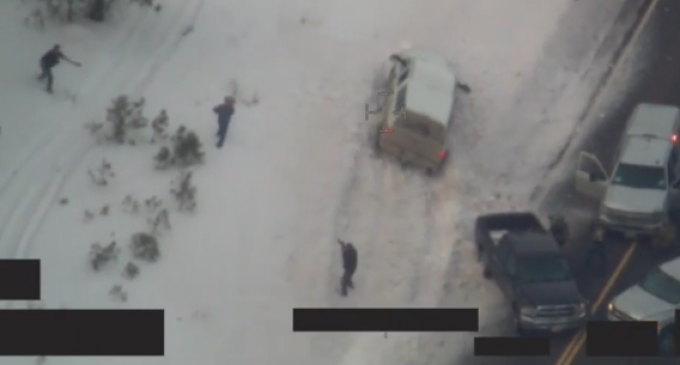 As reported recently in the news, LaVoy Finicum, one of the ranchers involved in the Oregon protest recently, was gunned down on a remote, snow covered bank by federal agents recently. The FBI and other law enforcement agents set a roadblock and shot him nine times after he emerged from his truck, arms spread wide, hands empty.

It was murder, pure and simple, and it was designed to show the citizenry that the government can do whatever it wants, and the land belongs to them, not to the public. An aerial video showed the massacre clearly, but it is unlikely that any disciplinary action will be taken against the government assassins.

However, there will continue to be others that object to this unlawful and outrageous government tyranny, and the bureaucrats are wary, lest the citizens rise up and take back this country. There are flash points to revolutions, and the Feds are on the lookout for anything that might disrupt the status quo of smothering government dominance of the country.

Feds on the lookout for new insurrections, page 2: