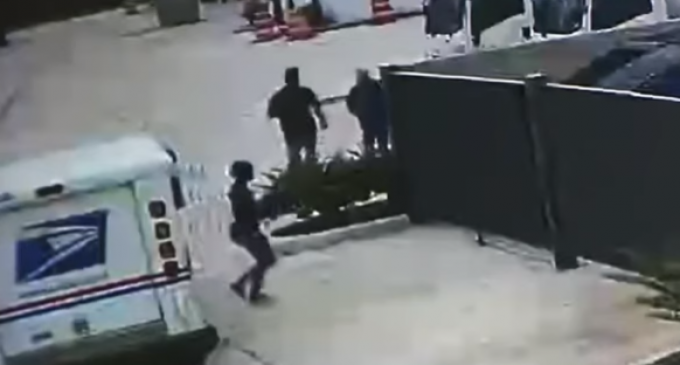 A US Postal worker was caught on video throwing a stack of GOP congressional candidate campaign mailers in a dumpster, according to Sheriff Troy Nehls, a pro-Trump conservative running for Texas Congressional District 22.

“A US Postal worker was just caught on video throwing a stack of my campaign mailers in a dumpster. Some patriots nearby heard a noise when she tossed them in & went to investigate. They found a stack of them and called me. No wonder people are skeptical of mail in voting,” the sheriff tweeted.

Democrats have been ratcheting up pressure to make mail voting more available nationwide in response to the coronavirus pandemic, but President Trump has been warning about the inherent insecurity that comes with ballot mail-ins.

“Mail ballots are a very dangerous thing for this country, because they’re cheaters” said Trump, during a daily White House briefing. “They’re fraudulent in many cases.”

If one needs more than just common sense to see that mailing in a ballot is far less secure than voting in person, the video on the next page should suffice.

Check out the surveillance footage on the next page.