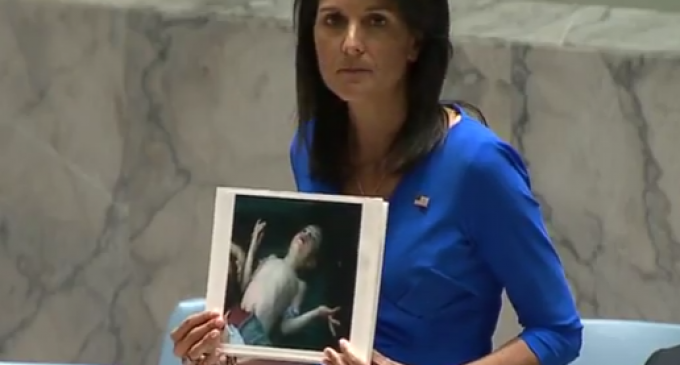 The United States may be in the midst of a political upheaval, but the story in Syria has remained the same for several years. Syrian president Bashar al-Assad is still gassing his own people and watching as they die in the streets.

The American strategy against Syria has been unclear for some time. Barack Obama once forcefully demanded a “red line” against the use of chemical weapons in the Syrian civil war. Assad called Obama on his bluff and Obama never retaliated in any meaningful way.

The Trump administration has, until now, seemed just as unsure about how to move forward with the Middle Eastern nation. As recently as last week, it was reported that removing Assad was no longer a priority of the United States government.

But recent events may change that line of thinking. After another chemical attack in Syria killed dozens, the United States is threatening retaliation.

Read about the American threats on the next page: