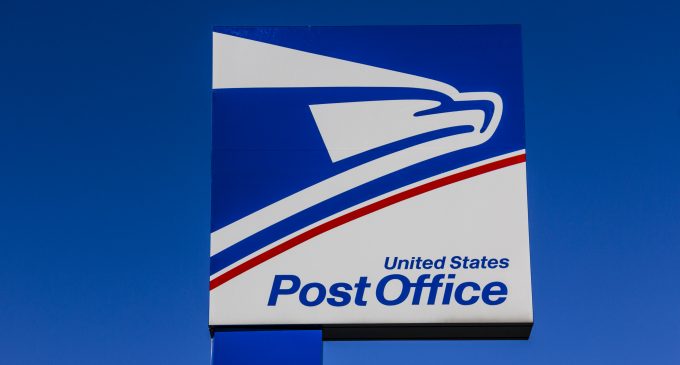 Democrats are absolutely losing their minds over a conspiracy theory that President Trump is in cahoots with Postmaster General Louis DeJoy to take the USPS apart ahead of the election in order to force people to voting booths instead of using mail-in voting.

“Alarmingly, across the nation, we see the devastating effects of the president’s campaign to sabotage the election by manipulating the Postal Service to disenfranchise voters,” House Speaker Nancy Pelosi (D-Calif.) wrote in a letter to Democrats on Sunday night.

DeJoy agreed to testify next week before the House Committee on Oversight and Reform about the sweeping operational changes which he has said would increase efficiency and reduce costs.

“Why is Congress scheduled to meet (on Post Office) next Monday, during the Republican Convention, rather than now, while the Dems are having their Convention,” Trump posted Monday on Twitter in defense of DeJoy. “They are always playing games. GET TOUGH REPUBLICANS!!!”

Amid US Postal Service crisis we learn that the United States Post Office is getting into the voting business. Turn the page for details.