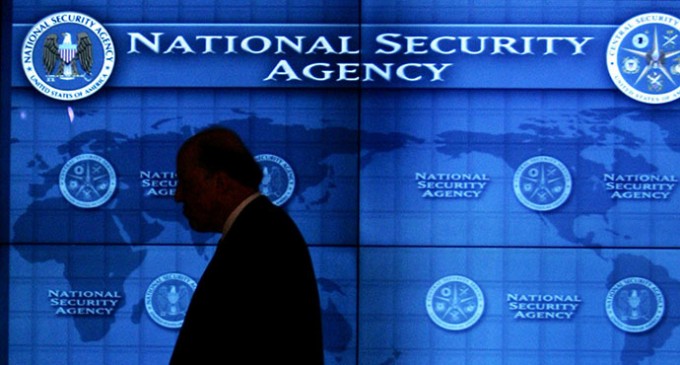 Land of the free…

A US judge has just ruled that NSA spying on Americans is legal.

That ruling came courtesy of US District Judge William Pauley, who decided in favor of the NSA early Friday in a case filed this past June by the American Civil Liberties Union against Director of National Intelligence James Clapper

Judge Pauley admitted in a decision penned in the Southern District of New York court that the NSA “vacuums up information about virtually every telephone call to, from, or within the United States,” but that no evidence exists that the spy agency abuses this program to spy on people without ties to terrorist organizations.

“There is no evidence that the government has used any of the bulk telephony metadata it collected for any purpose other than investigating and disrupting terrorist attacks,” Pauley wrote towards the end of his 54-page ruling.

The ACLU filed their lawsuit in June of this year just hours after reports revealed that the US government has been regularly compelling telecommunication companies for the basic call records pertaining to millions of Americans.

“Because the NSA’s aggregation of metadata constitutes an invasion of privacy and an unreasonable search, it is unconstitutional under the Fourth Amendment,” the ACLU alleged when they filed suit. “The call-tracking program also violates the First Amendment, because it vacuums up sensitive information about associational and expressive activity.”

Judge Pauley acknowledged in his ruling that the program does indeed slurp up massive amounts of sensitive data, but insisted that abuse has been infrequent and excusable given the advantages of the alleged counterterrorism tool.

Less than two weeks ago, District Judge Richard Leon issued a grossly different decision while weighing in on a similar case filed by plaintiffs in the US District Court for the District of Columbia.

“Because the government can use daily metadata collection to engage in ‘repetitive, surreptitious surveillance of a citizen’s private goings on,’ the NSA database ‘implicated the Fourth Amendment each time a government official monitors it,” Judge Leon ruled.

In the ACLU v Clapper case, however, Pauley said, “Whether the Fourth Amendment protects bulk telephony metadata is ultimately a question of reasonableness.”

Both suits were filed in the immediate aftermath of reports published this past June after former intelligence contractor Edward Snowden leaked classified national security documents to reporters at the Washington Post and Britain’s the Guardian newspaper.