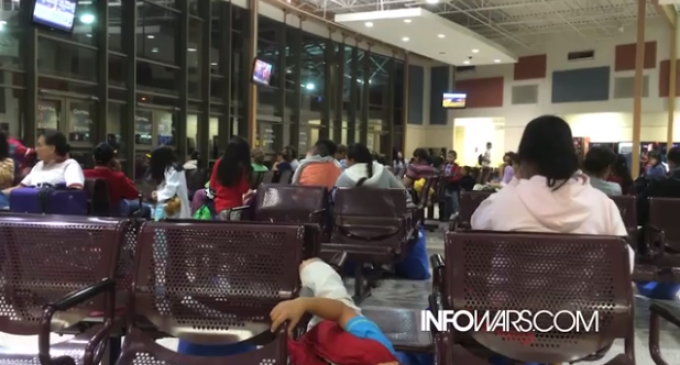 The federal government is not only importing as many illegals as it can, it’s making sure it’s very difficult to locate them later by giving them bus tickets and sending them across the country.

“What happened today in particular is that the Border Patrol dropped off what they call detainees but obviously they’re not detained when they drop them off,” McAllen, Texas City Attorney Kevin Pagan states. “Normally they have tickets or arraigned transportation to go somewhere in the interior [of the U.S.].”

“They’re not bringing them here, they’re bringing them to our bus terminals because that’s where the Border Patrol understands that they have transportation to go to the interior,” stated Kevin Pagan, Emergency Management Coordinator.. “So they’re dropping them off and it’s our understanding that they were dropped off with tickets or with vouchers for tickets, but it turns out that some of them tonight didn’t have their tickets or their vouchers for tickets, or like I said their buses are tomorrow, so they have no where to stay.”