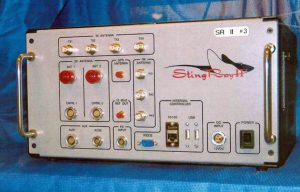 The idea is to mimic the function of cell phone towers and intercept the transmissions. It’s a tool that exists and it is one that government snoops, intelligence agents, and even the police love. If you think what you say on your cell phone is private, you are very wrong.

Privacy went out the window when the first telephone lines were strung. This gave criminals and law enforcement the ability to tap the lines and listen in on your conversations. Even those who are old enough to remember telephone “party-lines” know that listening in to what was said is easy.

Technology today has moved us far beyond the phone lines of 100 years ago. And that same technology has ended any sense that you have privacy. The question is whether someone has chosen to listen in, not whether agencies can.

For the first time, the U.S. government has publicly acknowledged the existence in Washington of what appear to be rogue devices that foreign spies and criminals could be using to track individual cellphones and intercept calls and messages.

The use of what are known as cellphone-site simulators by foreign powers has long been a concern, but American intelligence and law enforcement agencies — which use such eavesdropping equipment themselves — have been silent on the issue until now.

Here are the details regarding how the final remnants of your privacy died.

In a March 26 letter to Oregon Sen. Ron Wyden, the Department of Homeland Security acknowledged that last year it identified suspected unauthorized cell-site simulators in the nation’s capital. The agency said it had not determined the type of devices in use or who might have been operating them. Nor did it say how many it detected or where.

The agency’s response, obtained by The Associated Press from Wyden’s office, suggests little has been done about such equipment, known popularly as Stingrays after a brand common among U.S. police departments. The Federal Communications Commission, which regulates the nation’s airwaves, formed a task force on the subject four years ago, but it never produced a report and no longer meets regularly.

The devices work by tricking mobile devices into locking onto them instead of legitimate cell towers, revealing the exact location of a particular cellphone. More sophisticated versions can eavesdrop on calls by forcing phones to step down to older, unencrypted 2G wireless technology. Some attempt to plant malware.

They can cost anywhere from $1,000 to about $200,000. They are commonly the size of a briefcase; some are as small as a cellphone. They can be placed in a car next to a government building. The most powerful can be deployed in low-flying aircraft.

Thousands of members of the military, the NSA, the CIA, the FBI and the rest of the national-security apparatus live and work in the Washington area. The surveillance-savvy among them encrypt their phone and data communications and employ electronic countermeasures. But unsuspecting citizens could fall prey.

The other, more nefarious assertion is that data can be encrypted by government personnel to make their transmissions indecipherable. Says who? And do you believe them? Would the NSA honestly reveal the degree of its ability to crack ciphers and codes? Hardly. If there are those who know what can and cannot be done by the spy agencies of various nations, you and I are not among this group in the know.

It is best to assume that any transmission can be deciphered if a government agency so desires. It’s just that most of us live such relatively prosaic lives, that we have nothing that is worth surveilling.

But that is little comfort for a people who used to believe they could communicate with each other securely.