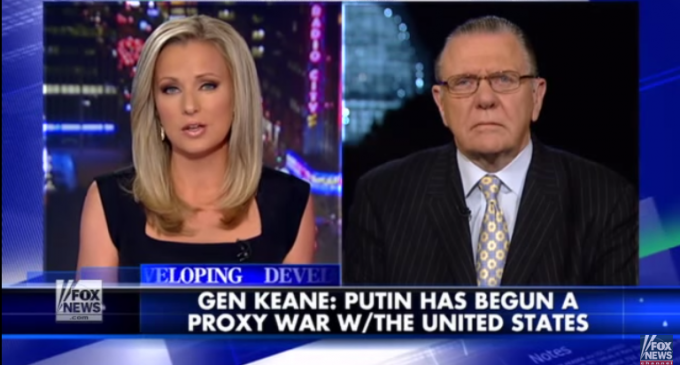 The chess game is fully engaged. America has rank amateur Obama playing against chess master Putin. Only thing is, Obama only knows how to play checkers on this board.

Retired General Jack Keane commented on Russia’s aggression in the Middle East. He predicts this will only escalate into a full-out war. Some may disagree, but Keane is correct to suggest we are in a proxy war with Russia. The Russians are currently attacking forces the US has supplied after telling us to get out of the Syrian airspace a week ago. Check the video on the next page: