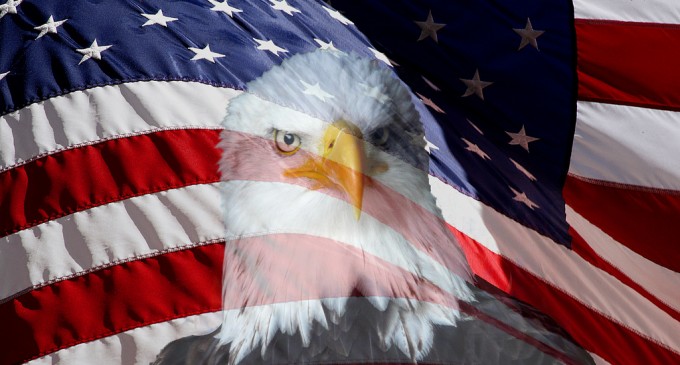 It is IMPERATIVE that we get into action now to try to save this country!

He is right on every point. The United States is ceasing to exist as we have known her for centuries.

“Obama has taken the seeds of our demise, planted by progressives for over a century now, and amplified their growth at an astonishing rate.”

Past Soviet leaders in the past has said that the only way America could be destroyed is from within, and here we are!

Our country has been taken over by socialists. Not just one socialist, Obama, but by many who are supporting him.

This is NOT the America I grew up in and she is swiftly on the way out.

Mr. Vallely outlines the key issues that need to be handled in order for this country to be turned around. A MUST READ for all Americans!

America is imploding and we are at a critical crossroads. It is now obvious; from the ObamaCare debacle, to the myriad scandals, to our ever burgeoning debt, to the neutering of our world power status, to the rise of our enemies, and the demise of our allies’ trust in America; implosion is imminent.

Obama has taken the seeds of our demise, planted by progressives for over a century now, and amplified their growth at an astonishing rate. We are in a death spiral in terms of whom and what America is, was, and will become. Our ‘exceptionalism’ is the first casualty; we are imploding from within as past Soviet leaders predicted would be the only way we could be vanquished.

How, or better yet, can America recover from it its economic, political, and cultural death spiral? It appears to many of us, at home and abroad, that the United States is in a continual downward spiral, but the challenges can be overcome and we can recover and reverse that death spiral!

Even Hillary Clinton said in an interview with CNN yesterday that the world is now “de-Americanizing”; they don’t trust us anymore. Clearly she is separating herself from the very actions of the Obama Regime that she helped create but she should have also said that Obama is “de-Americanizing” the USA as well. In addition, Obama, through John Kerry has just now destabilized the entire Middle East with the newly announced P5+1 agreement with the Mullahs of Iran. The Sunni world, along with the Israelis, is now in more danger, not less.

Here at home, the stakes are very high for us now as well. But for our forthcoming younger generations it is rapidly getting worse. Therefore, our youth need to be more involved, they need to be included, and they must become self-motivated to understand this critical intersection we have arrived upon. If not, we will implode, and it will be quick. But how do we get there, and what do we do collectively?

The answer is leadership; people with vision and common sense, people who are not politics first, rather they are America first. They are needed more than ever to chart a new roadmap for America, both domestically and internationally. They need to be cultivated into leadership.

Having had the opportunity to meet with many members of our younger generations over the past year, I am encouraged by their changing vision of America. To steal a part of a phrase from a past television show, I call this group the “thirty-do-somethings” (25 -40 years of age), they are the future of this great country. There is a catch though. If they are to be the new leaders, they cannot be the “Kool-Aid” drinkers of the current leadership. They must become intimately aware and knowledgeable of the true intent of our founding fathers, not people who blithely couch talk of the Constitution, twisting and torturing its tenets to persuade people to buy fraudulent ideas like ObamaCare.

Encouragingly, I notice a more serious discussion of our country’s dilemmas and concern for their future and that of their children. I am not an alarmist by nature, but when I turn on the TV each day and watch the news, I see and hear very few positive reports of our government leadership and their stark inability to solve the nation’s problems. But now, alarmingly, I worry more than any time in my life. The amount of TV/radio and newspaper interviews that I do per month forces me each day to keep up with the national and international news more than ever.

The most serious questions I get are variations on a few different themes:

America is asking these questions more regularly and with more urgency and anxiety. These are not normal times and the stakes ARE VERY HIGH and time is of the essence. Just in the past few weeks, with the unveiling of all the lies and deceptions, I can feel the temperature rise among listeners asking these questions of me. They are deeply fearful now, though I have been trying to warn folks for a long time, they are now feeling the heat and it’s not a pretty picture, for millions. That number will be rising as many predict, now that people see the harm, to themselves and their young ones.

The Constitution requires that all laws ‘be faithfully executed’, but far too many are not by the Executive Branch. In fact, the ‘rule-of-law’ and the ‘balance of powers’ has for all intents and purposes been cast aside by an executive that picks winners and losers. They decide which laws to enforce, and which to ignore. In fact, they legislate from the executive pen and bench; rule by fiat is now the norm. In fact, it has also spread to the Senate where one man, Majority Leader Harry Reid has effectively become the sole Senator. Dare not cross the man from Nevada, or be labeled and neutered.

In addition, the ‘oversight power’ of Congress has been neutered as well. In the House of Representatives, it is no longer about enacting legislation, it is all about investigations. Why, because they have been overwhelmed by the Executive Branch with an almost unquantifiable amount of scandals. The hearings are so numerous, yet achieve so little, even with the power of the subpoena. Why, because witnesses stone-wall, they claim no knowledge, they hide under the Fifth Amendment, and the documents they receive are useless so often because of redactions or they just are not provided. What do the other party’s representatives, supporters of Obama do instead; they claim it’s all just politics. At some point, we need to understand that a lie is no longer just a political tool, it’s a crime.

Overwhelming the system is now the standard and there is no way to ensure that Executive Leadership faithfully enforces our laws or is held accountable.  These self-serving political failures have become destructive to the well-being, liberty and happiness of most American citizens. It must be recognized that “New Guards” for future personal safety and National Security must peacefully be put into place by citizens beginning with votes at the ballot box. Failed leadership can no longer stand if the Constitution and the Republic are to be preserved for our children and all future generations.

“A nation can survive its fools, and even the ambitious. But it cannot survive treason from within. An enemy at the gates is less formidable, for he is known and carries his banner openly.

But the traitor moves amongst those within the gate freely, his sly whispers rustling through all the alleys, heard in the very halls of government itself.

For the traitor appears not a traitor; he speaks in accents familiar to his victims, and he wears their face and their arguments, he appeals to the baseness that lies deep in the hearts of all men.

He rots the soul of a nation, he works secretly and unknown in the night to undermine the pillars of the city, he infects the body politic so that it can no longer resist. A murderer is less to fear. The traitor is the plague.”

The facts (factoids – like Obamacare) are now becoming more recognized with the most recent dastardly additions of: countless political deceptions, lies, national economic destruction, manipulation of statistics, purposeful job-killing, and the demise of America’s middle class.

There is no Administration help for the massive unemployment of Black Americans, and the politically purposeful illegal alien invasion of the United States is killing us all. With over forty percent of the people within the fifty state borders now receiving food stamps, we have become a nation of ‘entitlement’. If you add up all these facets, the only conclusion is treason; treason to the sovereignty of each separate state and to the citizens within the several states, all perpetuated by the elected and appointed inside the Washington DC beltway.

An extensive analysis has been undertaken into the several national crises by Stand Up America US and its “Americans Project”. We who care greatly about the Republic, the People and the Constitution know now that action must be taken immediately. Necessary and workable solutions have been developed to help solve and fix what has without question stunted our Nation’s ability to clearly, legally, and peacefully function as a Constitutional Republic.

I intend to begin the process by acting as the inaugural chairman of the council under the banner of ‘The Americans Project’ and I am currently talking with people with these critical characteristics to join us. Our goal is to provide an alternate core of leadership to that which governs us so badly now, in both major parties, across all levels of government. We want you, the people, to have another choice, a place to go that you can trust.

A place where fellow constitutionalists, young and old, inclusive of all races and creeds, can go to ask questions, knowing the answer will not be some political primrose path or Potemkin village. It will be the place where prospective candidates can come for the best advice, and if they fit the mold, they will gain our blessing and backing. Independent constitutional leadership, selected by ‘American Leadership Council’ will be that leadership.

The council will have a set of goals based upon the KEY NATIONAL ISSUES that must be solved if the United States of America are to become economically solvent, remain peaceful, to once again become nationally secure, and to reclaim our standing on the global stage. When the council is fully populated, we will then post position and policy papers that address these issues:

Our national call to action requires all of us to get our country on back on track, join us today! God save the Republic!