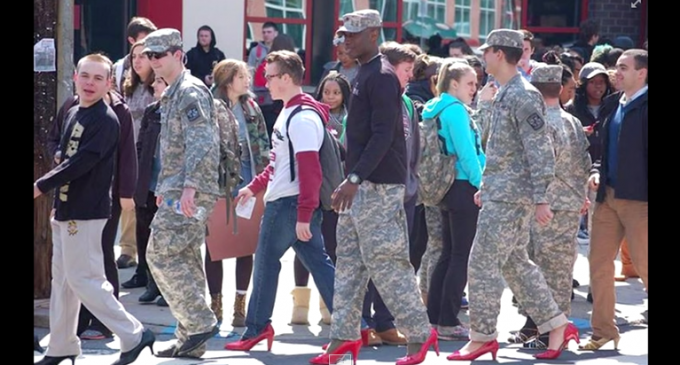 Army ROTC cadets were forced to walk in spray-painted, red high heels on Monday for an event titled “Walk A Mile In Her Shoes” at Arizona State University.

“Attendance is mandatory and if we miss it we get a negative counseling and a ‘does not support the battalion sharp/EO mission’ on our CDT OER for getting the branch we want. So I just spent $16 on a pair of high heels that I have to spray paint red later on only to throw them in the trash after about 300 of us embarrass the U.S. Army tomorrow,” wrote one anonymous cadet wrote on social media.