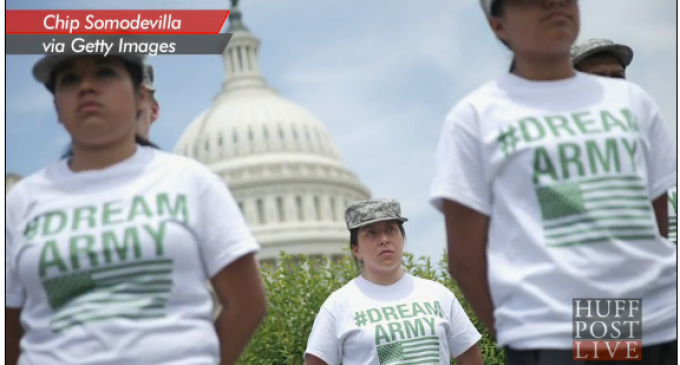 At the same time, the Obama administration will be allowing a ‘limited number' of undocumented young people, known as Dreamers, into the military via The Enlist Act.