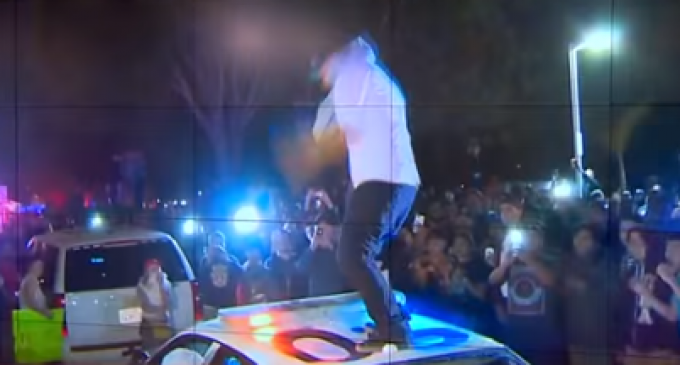 Should you have had the misfortune of consuming any sort of mainstream news coverage this week, you've likely already come across the headline, “Violence and Chaos Erupts at Trump Rally in California.”

The story dominated the nightly news. “Trump causes mayhem,” they all seem to claim — while they ignore the fact that the Mexican flag-waving protestors outside of the venue were shouting obscenities at the man who intends to become the next President of the United States. In short, they were hardly supporters.

Once again, the mainstream press is tying the actions of Trump's detractors to the candidate himself. It's no less logicial now as it was the first few times, and exists simply to force the liberal narrative that Trump is inciting violence.

The shadow of chaos they're trying to cast over Trump's campaign may be blanketing the airwaves, bug it may be having the opposite effect. While Trump's descriptions of the Mexican people have no doubt been controversial, airing these hooligans smashing police cars and painting graffiti while brandishing the flag of Mexico may do more to give Trump credibility, rather than prove him wrong.

Read about the chaos that erupted on the next page: