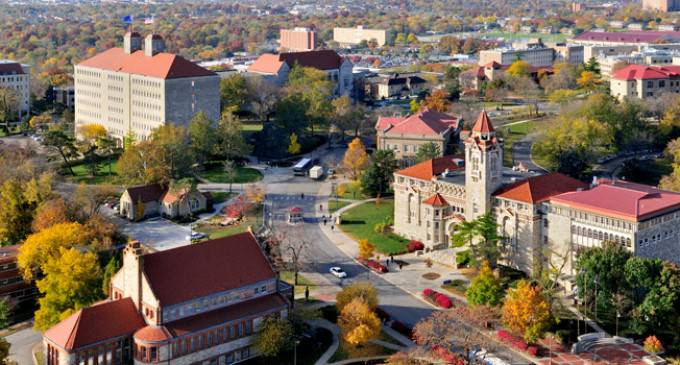 He, him, his, her, hers, she. These are the gendered pronouns that have been banned by a student governing body at the University of Kansas. It's going to make communication a more gymnastic exercise as pronouns are extremely fundamental for ease of communication.

But Big Brother hasn't forgotten to issue the New Speak, as this same body has decided to encourage “inclusive” terminology, such as “they, them, and theirs.”

This feels insane, almost surreal. It's as if the liberals have returned from a strange hellish future and have invaded our universities for the sole purpose of restructuring our language.

How has it come to pass that simple pronouns have become politically incorrect? How is this supposed to be inclusive?

These students have cut off THEIR nose to spite THEIR face. Maybe that will get past the censors.

Witness the dumbfounding reasoning of this newspeak on page 2.