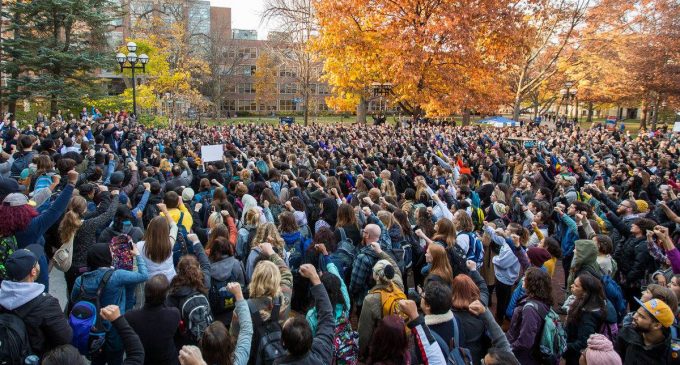 Segregation is back in style, and it's being supported by the same party that defended segregation and slavery throughout American history — the Democrats.

The Democratic party may claim to be the “party of tolerance,” but their past tells a vastly different story. Just fifty years ago, George Wallace, the newly-elected Democrat Governor of Arkansas, exclaimed “segregation now, segregation tomorrow, segregation forever!” during his inaugural address.

Now, the story is the same but the roles are reversed. On college campuses across the nation, leftist students are demanding “white-free” zones designated only for people of color.

At the University of Michigan, the students are demanding the space be set aside for “social justice work.”

Apparently, their love of “social justice” doesn't extend to white students. In fact, their demands exhibit the very racism these social justice organizations claim to be against.

Read whether their demands are being met on he next page: