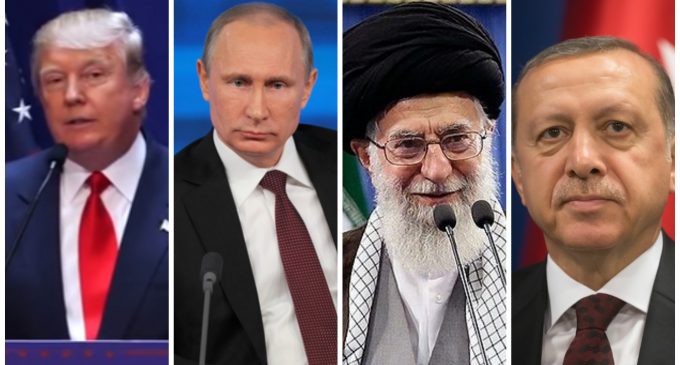 In an effort to salvage some of its dignity in the weeks following the Tomahawk missile attack on a chemical compound in Syria, the Russian ministry has issued a statement reaffirming its commitment to a Safe Zone Agreement.  The plan which was part of a memorandum which had circulated through political circles prior to the missile attack by the United States established four loosely defined Safe Zones that were agreed to by the U.S., Russia, Turkey and Iran.

When President Trump authorized the Tomahawk missile strike, the Russians immediately denounced the move and subsequently suspended the agreement.  Although there was no solid evidence forthcoming disputing Aleppo’s direct involvement, Russian officials nonetheless issued statements that suggested the U.S. had struck the target in error, claiming that the Syrian government was not involved in the chemical attack.

Russian authorities have re-instituted the memorandum’s plan to have the Safe Zones enforced.  The stated purpose of these safe zones is to protect the peace between armed resistors and the Syrian government, saying that those in opposition to Assad would not be subject to violence or reciprocal strikes.  Additionally, the plan is meant to lower the possibility of direct armed conflict between the U.S. and Russian warplanes.

Calling the Tomahawk missile strike an act of “international aggression,” Russian officials were quick to point out that they were looking to staunch the flow of violence, not invite more of the same.  This, despite the fact that they were recently accused of airstrikes against Syrians in the province of Hama.

Russian ministry officials have balked at the reports from opposition groups, stating that the stories from Western media were nonsense.  Additionally, they claimed that the clashes in Hama were in response to an Al-Nusra terrorist attack on their aircraft, the details of which, they claimed, were provided to them by the Turkish military.  The Russians revealed that the terrorist bases were completely decimated.

This agreement however is part of a larger more disturbing trend of Russian alliance consolidation of power and involves many of the nations in that region of the world.  The Shanghai Cooperation Organization has been quite active as of late and is drawing a lot of attention from the U.S. intelligence agencies.