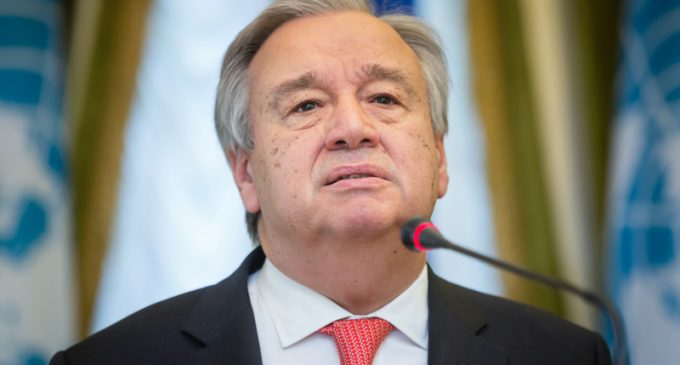 United Nations Secretary-General Antonio Guterres recently said that the U.N. is running out of money and is making a plea to members to pay their dues. In a letter to staff this week, Guterres says warned member states of a “troubling financial situation facing the United Nations,” “as a result of delayed dues payments, forcing reductions in non-staff costs.” Guterres is also urging the organization's employees to find ways to cut expenses.

“Our cash flow has never been this low so early in the calendar year, and the broader trend is also concerning; we are running out of cash sooner and staying in the red longer,” Guterres says.

The Secretary-General said in a letter that as of June 30, the UN budget had a deficit of $139 million.

This made Guterres' threats against the Trump administration laughable for a couple reasons.

Continue on the next page for the full story: