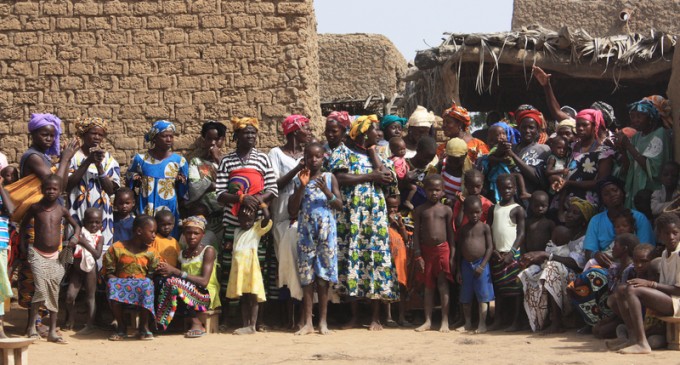 The United Nations is just one arm of the elitists seeking to impose a “one-world-government” to replace the independence and self determination of the various nations of the world. In order to achieve their aim of “ruling the world,” a number of social structures must be destroyed.

One is religion, which asks people to put God over state. Elitists are working hard to eliminate religions which encourage personal responsibility and a set of ethical and moral laws that supersede state directives, and often contradict what the state is doing.

Another is family, which also causes individuals to focus their concerns and efforts on something or someone other than the state. Concurrent with the family structure is the family size. Elitists have been denigrating large families for decades, in part because they are expensive and harder to control. So marriage and committed mother and father marriages with children are seen as an impediment to a state controlled society for a number of reasons. The result is the promotion of abortion, small family sizes, and unions without the benefit of a marriage covenant. All are designed to make the takeover of society easier and more universal.

One of the problems is third world nations where the control and families and children has been more difficult. The U.N., however, is determined to bring these nations to heel. Top on the list is African nations. Elitists have been crying forever that the world population is unsustainable. Professor Paul Singer declared that we would be experiencing mass starvation by the mid 1970's. Other soothsayers insisted that we would run out of natural resources such as petroleum by the 1980's. All untrue, but designed to convince the world that a global crisis was upon us and required immediate, drastic intervention in much the same way the elites are selling the global warming crisis today. In this case, the U.S. and the elites are insisting that black populations in Africa must decrease dramatically. These globalists are simply racists and are doing what they have done for some time. They are selling population control and eugenics.

Read more on the U.N. plan to cut the African population by half, page 2: