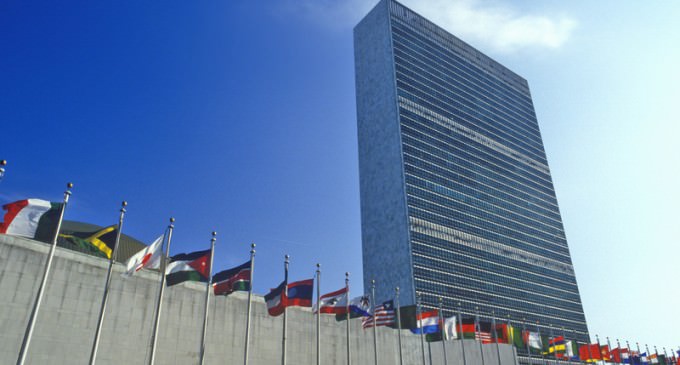 The “one world government” crowd is not seeing success in their Utopian vision that eliminates national boundaries and instead unifies the power structure. Like an old Superman comic with Lex Luther declaring that he will be “king of the world,” ruling from his mountain top throne, the “one worlders” envision worldwide peace and prosperity (and unified control), but reality usually intervenes.

The European Union was one of the first experiments towards that end, unifying disparate European nations and cultures under one currency, one set of standards and laws, and even one economy.  The economic meltdown of Greece and and Spain, with other countries likely to follow, shows the danger of this plan. The flood of Muslim refugees into Western European countries without assimilation into the culture is also a troubling indication of how the various ethnic, religious, and cultural groups might or might not be able to come together under one banner.

The other longer standing one world experiment has been the United Nations, and it too has offered very questionable results. There are the corruption scandals that have funneled billions of dollars into the pockets of both U.N. officials and corrupt national leaders that cause concern. There are also the cliques and biases such as the obvious hatred of Israel and the willingness to label Israel a terrorist country while ignoring the aggression of surrounding Muslim countries that makes most Americans feel that the U.N. is not even remotely fair.

Now we have a new problem in which the U.S. has ceded power to the U.N. for activities that the United States must manage in order to ensure self preservation. It seems to be a death wish, and the U.S. needs to resolve this quickly.