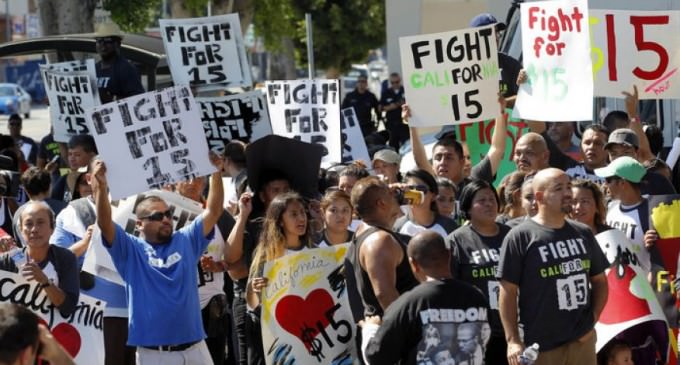 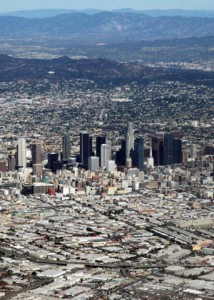 First the City of Los Angeles raised the minimum wage to $15.00 an hour under pressure from the labor leaders in the city and despite a mountain of evidence that such measures actually hurt the lowest earning segment of the labor force. Now, the same folks who demanded the minimum wage increase insist that companies that hire union workers should “have leeway” (ie. an exemption from the rules) to negotiate below $15.00 an hour.

The Los Angeles Times quoted Federation of Labor head Rusty Hicks explaining why the rule they demanded should apply to everyone else, but not union employees:

With a collective bargaining agreement, a business owner and the employees negotiate an agreement that works for them both. The agreement allows each party to prioritize what is important to them. This provision gives the parties the option, the freedom, to negotiate that agreement. And that is a good thing.

Senior vice president of public policy for the city’s Chamber of Commerce Ruben Gonzalez noted the hypocrisy exhibited by such a request, especially in light of how hard union leaders pushed for the wage increase to begin with. “I’d refer everyone back to the statements of labor leaders over the past seven months that no one deserves a sub-minimum wage,” he told the Times.

Gonzalez also accused union leaders of having an ulterior motive behind the exemptions in an effort to pressure businesses to consider unionizing their workforce in order to duck the mandate. “Once again, the soaring rhetoric of helping the working poor is just a cover for city government acting as a tool of organized labor,” Gonzalez said.

According to IJReview, McDonalds restaurants have also reacted to rising minimum wages and not in a way that will please the Unions. Check this fresh helping of unintended consequences out on the next page: