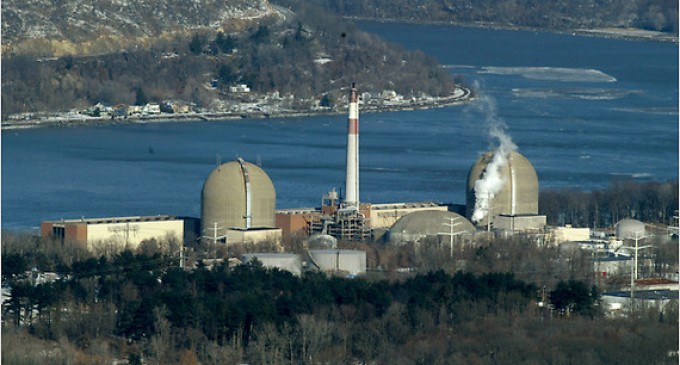 The beauty of the Hudson River, the great industry of this waterway, from fishing to transportation, has a deathly secret leaking into it for more than a decade.  This poison has been seeping into the groundwater and the Hudson, and the offending company, Entergy, has assured the public that the Indian Point nuclear power plant has developed a way to prevent these radioactive contaminants from entering their water supply.

However, the leak has been impossible to control, in spite of assurances from Entergy and those who live downstream from the power plant have real cause for concern.

The Hudson is a tidal estuary, a place where sea water enters the river with the rhythm of the tides and is diluted by the fresh water.  It is considered a dynamic ecosystem and “home to more than 200 types of fish, 19 kinds of rare birds and 140 rare plants (one of which — the Hudson River water nymph — grows nowhere else on earth)”, according to Nature.org.

This dynamic river, with the radioactive waste leaking into it, as well as the ground water, is much more dangerous to the human population and the local wildlife than what is being let on by Entergy.  The contaminates that may be “sucked into the drinking water system of several river towns” is of deep concern.

Read what Entergy is not concerned about on the following page.