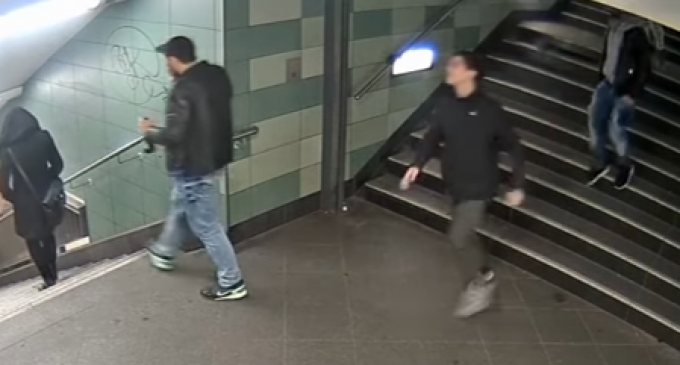 It seems every day new incidents of migrant violence are reported from Europe. The reports have been a regular occurrence ever since the European Union decided to allow millions of refugees onto the continent from the Middle East.

Germany, in particular, has deteriorated under the EU's lenient migration rules. While the country has until now managed to avoid major terrorist attacks for much of the past several years, the government has never managed to stop migrants from committing smaller acts of anti-German violence.

This week, Germany's ability to avoid large-scale terrorist attacks came to an end when a man plowed a truck through a Christmas market, killing nine. That man is still on the loose and is reportedly a Tunisian migrant.

But that isn't the only act of migrant violence that occurred in Germany this week. While the Christmas market attack has understandably drawn most of the attention, the wave of smaller-scale violent acts have continued.

Watch a video of a migrant gang kicking a Girman girl down the stairs on the next page: