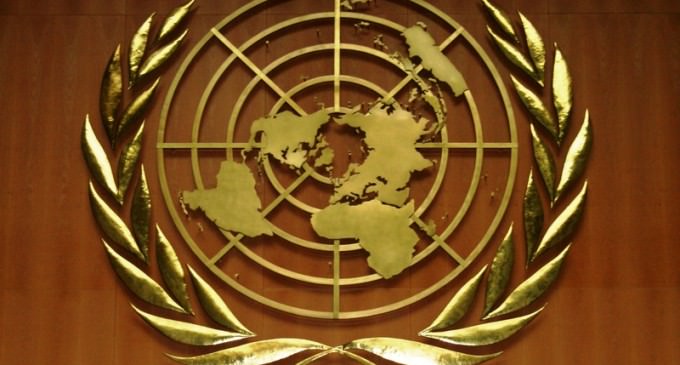 The erroneous idea that the United Nations is a force for good should be finally laid to rest following revelations of the organization's mistreatment of whistleblowers.

While the UN is ostensibly a forum for advancing the interests of it's constituent members, it's leadership view it quite differently from those naive enough to believe the former. In their eyes, it is a group that requires the utmost loyalty of it's employees even if it jeopardizes their loyalty to their home countries.

Following numerous reports that the organization ruthlessly retaliated against workers who spoke out against it's activities, Congress looked into the matter and uncovered a scheme involving the UN's World Intellectual Property Organization.

According to whistleblowers like Miranda Brown, the agency was funneling US technology to Iran and North Korea in spite of standing sanctions against both countries. Brown and others claimed they brought the matter up to their superiors only for them to be reprimanded for “disloyalty” and unceremoniously dismissed from their positions with the UN.

Much of the blame for the UN's war on whistleblowers can be laid at the feet of Francis Gurry, the director-general of the WIPO. Desperate to hold on to the power his office grants him, Gurry saw to it that tyrannical regimes received sensitive US technology in order to buy their loyalty when he was up for reelection. Indeed, his name came up several times during the Congressional hearings into the matter, almost entirely in negative contexts:

“Also speaking at the hearing was attorney Matthew Parish with the Gentium Law Group, which is representing WIPO staffers. “If the evidence you've heard today is correct, it appears Gurry has committed very serious criminal offenses in both Switzerland and the United States,” said Parish, adding that, because of diplomatic immunity, the UN agency chief could not be held accountable.

He also pointed out that individual whistle-blowers in the WIPO Staff Council, which he represents, were prohibited from testifying or exposing wrongdoing by their boss, Gurry. ‘I am advised that WIPO threatens staff who seek to expose wrongdoing in public fora and that its leadership has prohibited staff from testifying before Congress in the past,' Parish said. ‘My understanding is that WIPO tells its staff that they are forbidden from whistle-blowing to the media, due to their confidentiality obligations to their employer. But the organization’s own whistle-blowing procedure involves cover-ups and charades.'

All of the lawmakers at the hearing sounded shocked and appalled at what they were hearing. ‘I'm very concerned about Mr. Gurry's ability to continue retaliating against you both,' said Representative Ileana Ros-Lethinen (R-Fla.), commending the whistle-blowers for their bravery. ‘I am shocked that Gurry remains in office.'

Representative Chris Smith (R-N.J.), who chaired the hearing, also sounded incredulous, vowing to do ‘a great deal of follow up' to ensure the future of whistle-blowing at UN. The UN is ‘not a sustainable organization' if this sort of behavior continues, he added, calling Gurry ‘a bureaucrat who, with impunity, is abusing his authority.' Whistle-blowers are some of the most noble people in an organization, he continued. ‘They are the canary in the coal mine,' he added.

Going back even further, the story of UN whistle-blower Povl Bang-Jensen would shock people to the core. The senior Danish diplomat, who worked in the UN Secretariat and served on an international committee examining Soviet terror and tyranny in Hungary, tried to expose sabotage of the committee by powerful forces. The entire machinery of the UN set out to crush him in sham ‘hearings' and ‘tribunals,' even attempting to paint him as mentally ill. Eventually, after warning multiple people that he was being targeted and that he would never commit suicide under any circumstances, Bang-Jensen ‘committed suicide.' Virtually every credible analyst realized the ‘suicide' happened under extremely suspicious circumstances.”