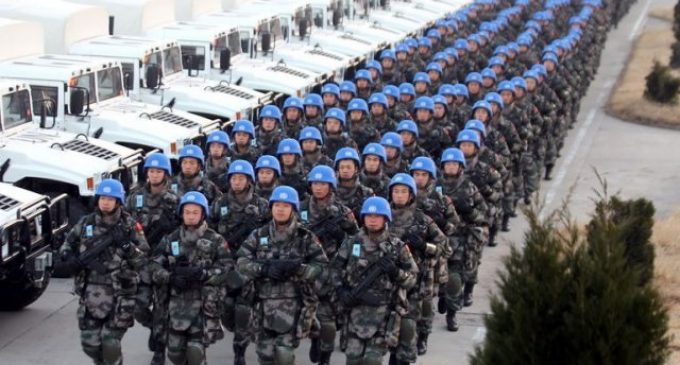 President Obama has a powerful new partner to back up his radical, anti-police agenda.

The United Nations has created a report that contains “nonbinding” demands to the United States and indicates how the organization would like to treat the US. It also illustrates how it will exploit domestic American issues in order to increase its own authority over the country.

Investigating recent high-profile incidents of American police shooting African-Americans, the UN's Working Group of Experts on People of African Descent not only concluded that the incidents were proof of a wider trend of “state violence” against racial minorities, but drew direct parallels between them and the lynchings of the Jim Crow era.

This is the kind of language you only expect from Black Lives Matters activists, but when you consider what else the UN has been up to lately, it's not surprising at all that they would utilize such rhetoric.

But there is a much bigger, more despotic goal in play.

Learn more about the UN efforts on the next page: