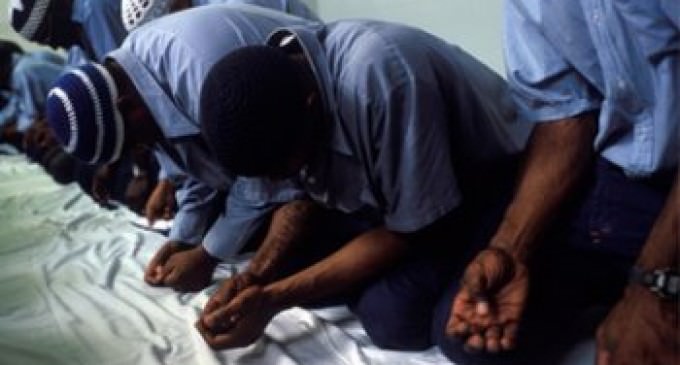 The UK has incorporated its first Muslim prison.  The entirety of the prison is not solely Muslim, but the majority at 56%.   The number of Muslims at Whitemoor prison in Cambridgeshire is thought to be double what it was in 2008, and is now the highest Muslim populated prison in the UK.   Hence, Whitemoor is now a prison populated with over half Muslims, and the lash back toward the other religion, races.

An Independent monitoring board came in and did a study, to gather information of the impact of a primarily Muslim prison in western culture.  The reports coming out of the prison indicate the pressure put on non-Muslim inmates to convert under extreme pressure.  It also discusses part of the criminal population who identify with anarchy against the UK as praising and becoming sympathizers with the Muslim inmates.

This has been alarming, as Whitemoor is becoming a possible breeding ground for jihadists.

more on Muslim prison next page: