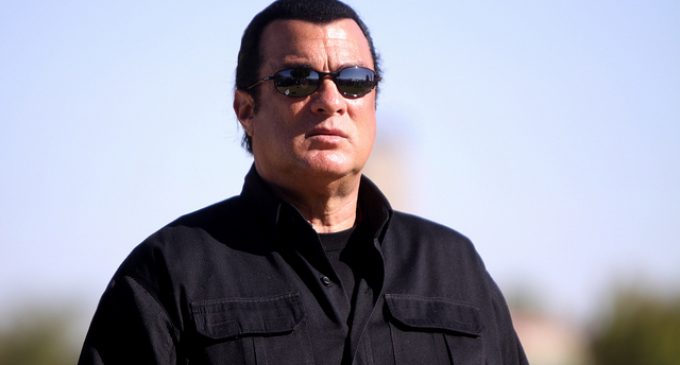 No good ever comes from eating your vegetables. Just ask Steven Seagal.

Most people probably remember Steven Seagal from the early 90s action films, such as Under Siege. Any film that features a topless woman jumping out of a cake while strains of rock and roll plays begs to be taken seriously. Just ask the Ukraine.

They have put Steven Seagal on the dangerous list. Men who appear in such prestigious films are obviously a threat. After all, what if they not ‘really acting’.

There is a different video starring Steven Seagal making headlines these days. Gone is the cake, however. Seagal has taken his abominable, action star, musician, 7th-dan black belt badassery to the next level.

Seagal has been secretly filmed eating carrots with Alexander Lukashenko. And carrots are not a euphemism for something more substantial.

Continue reading on the next page to find out the connection between Seagal eating carrots and Ukraine.