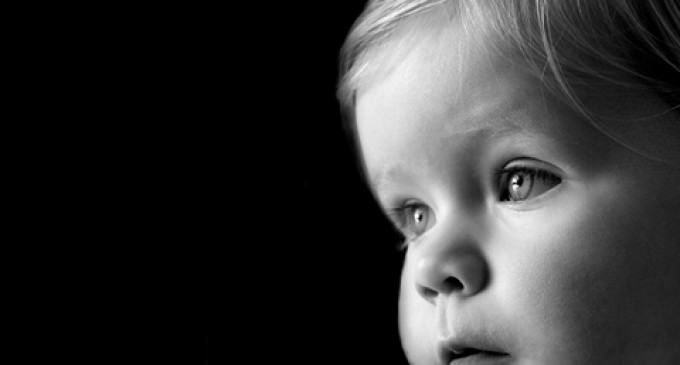 By historic vote in the House of Commons, Britain is set to become the world’s first nation to legally permit the creation of 3-person babies.

The technique allows DNA from two women and one man to be pooled together in order to create one baby with the intention of giving better odds against the embryo developing mitochondrial disease, a condition where cells aren’t able to generate energy and start closing down completely.

How will the affect future generations is anyone’s guess.

A further vote is required in the House of Lords. It everything goes ahead then the first such baby could be born next year.

Proponents said the backing was “good news for progressive medicine” but critics say they will continue to fight against the technique that they say raises too many ethical and safety concerns.

Estimates suggest 150 three-person babies could be born each year.

Prime Minister David Cameron said: “We’re not playing god here, we’re just making sure that two parents who want a healthy baby can have one.”

The method, which was developed in Newcastle, should help women like Sharon Bernardi, from Sunderland, who lost all seven of her children to mitochondrial disease.

Ms Bernadi said was “overwhelmed” by the decision.

Mitochondria are the tiny compartments inside nearly every cell of the body that convert food into useable energy. They have their own DNA, which does not affect characteristics such as appearance.

Defective mitochondria are passed down only from the mother. They can lead to brain damage, muscle wasting, heart failure and blindness.

The technique uses a modified version of IVF to combine the DNA of the two parents with the healthy mitochondria of a donor woman.

It results in babies with 0.1% of their DNA from the second woman and is a permanent change that would be passed down through the generations.

1) Two eggs are fertilised with sperm, creating an embryo from the intended parents and another from the donors 2) The pronuclei, which contain genetic information, are removed from both embryos but only the parents’ are kept 3) A healthy embryo is created by adding the parents’ pronuclei to the donor embryo, which is finally implanted into the womb

In the Commons debate, Public Health Minister Jane Ellison told the House: “This is a bold step for parliament to take, but it is a considered and informed step.

Fiona Bruce: “There will be no going back for society”

“This is world leading science within a highly respected regulatory regime.

“And for the many families affected, this is light at the end of a very dark tunnel.”

Fiona Bruce, the MP for Congleton, countered: “[This] will be passed down generations, the implications of this simply cannot be predicted.

“But one thing is for sure, once this alteration has taken place, as someone has said, once the gene is out of the bottle, once these procedures that we’re asked to authorise today go ahead, there will be no going back for society.”

The debate in Commons also repeatedly struggled with whether the move would constitute “genetic modification”.

Robert Flello, who represents Stoke-on-Trent South, said he feared “families will be let down tragically” due to the uncertainties in the technique and that society would be “up in arms” if this was a proposal for genetically modified crops.

But Frank Dobson, a former former health secretary, argued uncertainty was “the nature of medicine and science” and that IVF would not have gone ahead if absolute certainty was needed.

Prof Doug Turnbull, who led the team that devised the technique at Newcastle University, said: “This is an important hurdle in the development of this new IVF technique, but we still have the debate in the House of Lords, and importantly the licensing by the HFEA [the fertility regulator].

“Finally, I think the quality of the debate today shows what a robust scientific, ethical and legislative procedure we have in the UK for IVF treatments.

“This is important and something the UK should rightly be proud of.”

The Chief Medical Officer, Prof Dame Sally Davies, said the UK was at the forefront of scientific development.

This is a hugely significant moment for the families involved and society as a whole.

The UK is about to become the first country to introduce laws to allow the creation of babies with DNA from three people.

For the families affected by mitochondrial disease, this is the only option for a healthy child.

While some people argue changing mitochondria is akin to a blood transplant the implications are much wider.

This is a change that will be passed down through the generations.

It also asks questions about the future.

Some people argue we are now on a slippery slope to further genetic modification of children.

Last week the Catholic and Anglican Churches in England said the idea was not safe or ethical, not least because it involved the destruction of embryos.

Other groups, including Human Genetics Alert, say the move would open the door to further genetic modification of children in the future – so-called designer babies, genetically modified for beauty, intelligence or to be free of disease.

David King, from the campaign group, said: “Once you cross the ethical line, it is very hard not to take the next step of designer babies.”

Dr Gillian Lockwood, a reproductive ethicist, told the BBC it was a “small change” in the legislation.

“The biggest problem is that this has been described as three-parent IVF. In fact it is 2.001-parent IVF,” she said.

“Less than a tenth of one per cent of the genome is actually going to be affected. It is not part of what makes us genetically who we are.