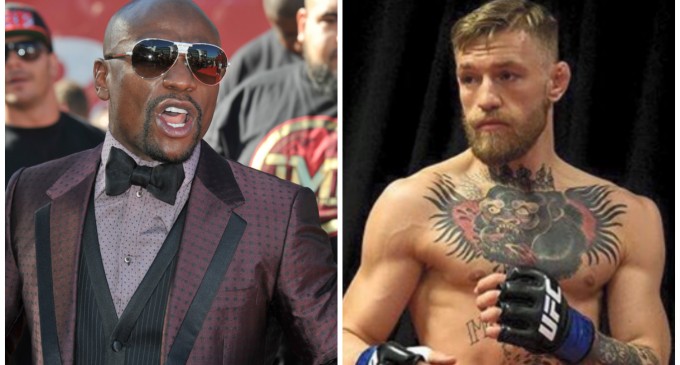 In this dystopian society we're living in, race has become the imagined root of every debate and argument. According to both the liberal media and people of non-white skin color, if a white person achieves success in today's world, it has nothing to do with how hard they worked to get where they are and everything to do with the color of their skin. Where's the logic in that?

UFC featherweight champion Conor McGregor countered Floyd Mayweather's accusations with some harsh and honest words of his own. Mayweather had brought up McGregor's name while claiming that “racism still exists” in sports. He believes that McGregor's success is mostly due to the fact that he's white. Mayweather obviously doesn't know his history. The Irish were slaves to the English long before Africans were. From 1641 to 1652 over 500,000 Irish people were killed by the English and another 300,000 were sold into slavery.

Read the exact words of McGregor responded with on the next page.